Yes, this year we have a reason to celebrate 150 years of the first Russian postcards! Of course, they are almost (mind you, almost!)never used as a means of communication today, but they exist! Surely, many of us keep them as souvenirs in family albums, and it is a real pleasure to look through them when we have time for it, as many postcards are older than us. And the main thing is that postcards always radiate holiday spirit, because most of them are holiday postcards! 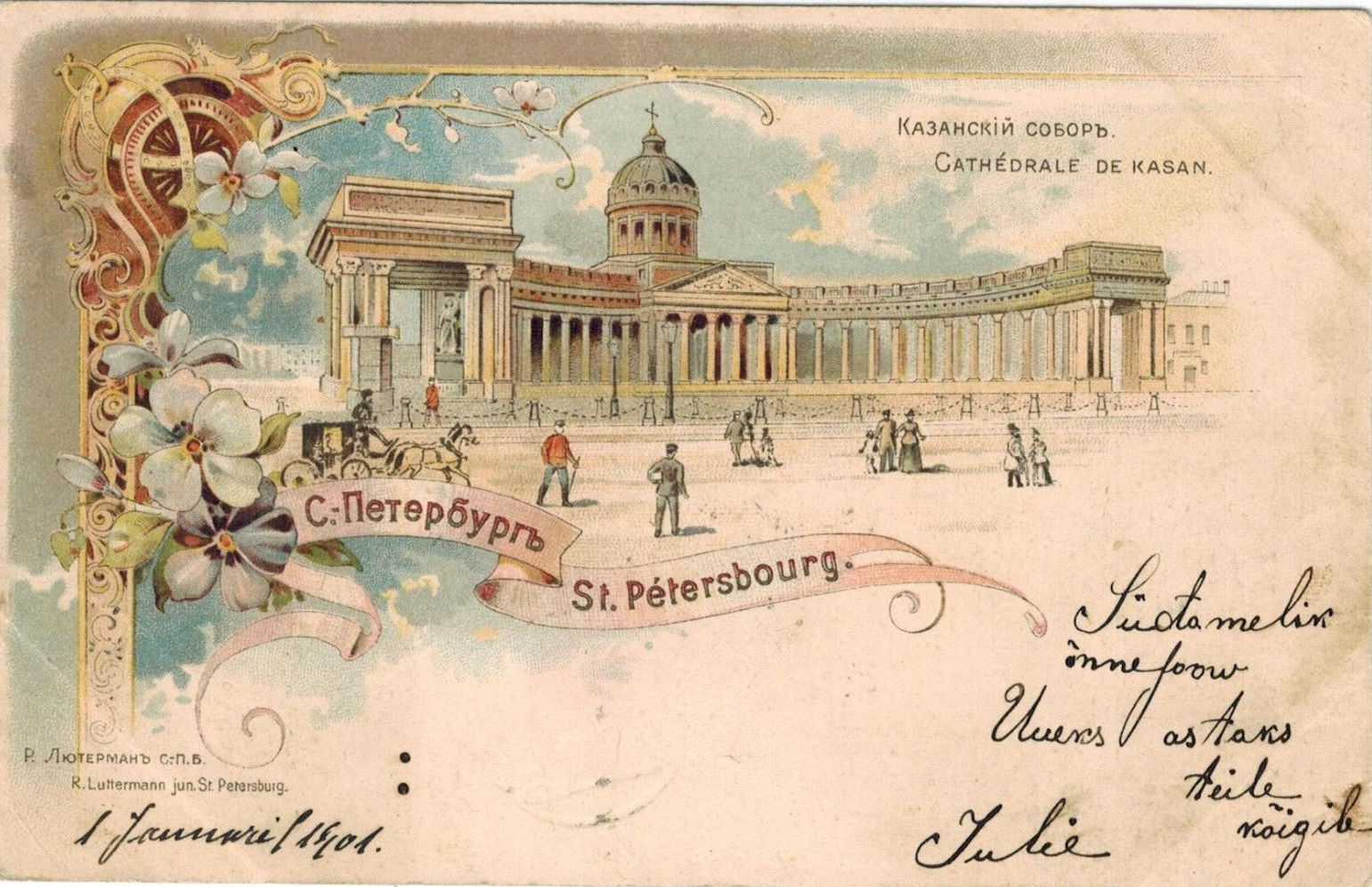 All in all, they have in many ways a wonderful history.

They say that Russia is always lagging behind as regards progress. But in the case of postcards, it was another way round – a successful European experience was examined and put to practice almost immediately. The first postcards appeared in Europe in 1867, and only 5 years later they appeared in Russia too.

Though, in the beginning, the idea of a postcard looked a bit absurd. What about confidentiality of a private correspondence, which appeared almost at the same time as written languages? A postcard provided no confidentiality whatsoever, so, who would need it?

The first postcards were sort of mini telegrams, containing a very short message, for example, “Congratulations on your Saint’s Day”, “Your letter has been received and read”, “Unfortunately, we have to deny your request”, etc; and there was nothing more, except for an addressee’s address. There was not even a picture which makesa postcard a postcard, as we see it today. But soon many people started writing their own messages on postcards, then soldiers who were sending postcards from the front (and they were fighting nonstop in enlightened Europe) began adding their drawings to the messages. So, demobilization albumstrace their roots far back in time, as you can see.

To make a long story short, the idea, which seemed quite strange in the beginning, suddenly became popular among the most diverse groups of society. And in 1872 it was picked up by the Tsar post. In Russia, it got the name of “an Open Letter” which was later transformed into the name we know today - “otkrytka” (a postcard). 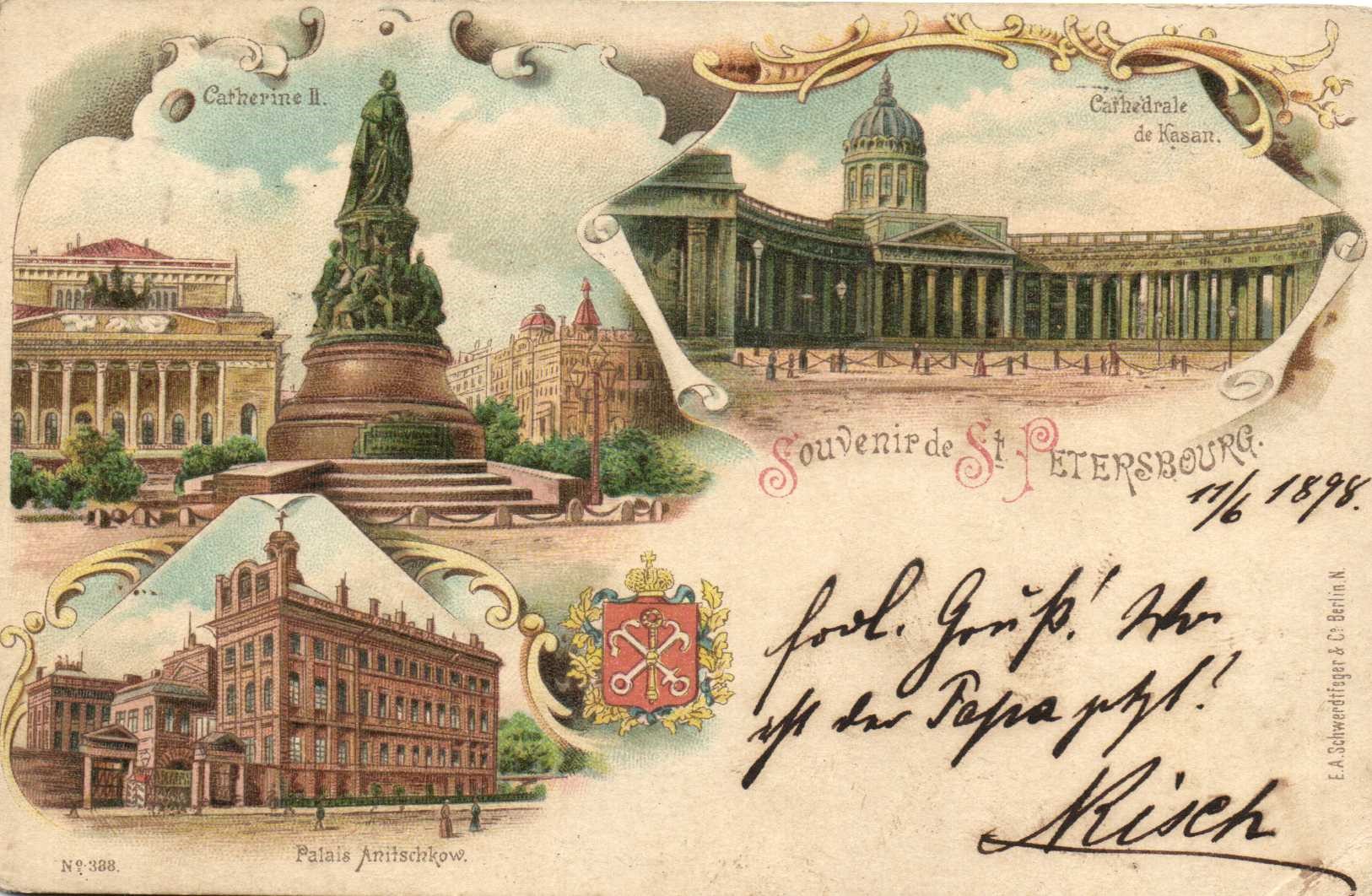 By the way, first Russian postcards did not have a special place for a sender’s address. And some irresponsible citizens quickly seized an opportunity and literally started bombarding high-ranking government officials with abusive messages. Now you see that the idea of “anonymous comments” has quite a long history either. As a result, there appeared a place for a sender’s address on postcards. Although, it was not yet clear how to verify that the information provided was true.

However, postcards achieved a really widespread popularity when they turned from simple greeting cards into illustrated postcards. And in that case Russia was even ahead of Europe. In Europe postcards had to be of a certain fixed format, while in Russia there were no restrictions whatsoever and postcards could be of any size.

Glossy postcards, engraved postcards, gold-edged postcards, elegantly made embossed postcards, aristocratic postcards in Art Nouveau style printed on linen cardboard – those are just some of the postcards available in St. Petersburg at the end of the XIX century. The best artists of the time considered it an honour when one of their paintings appeared on a postcard. 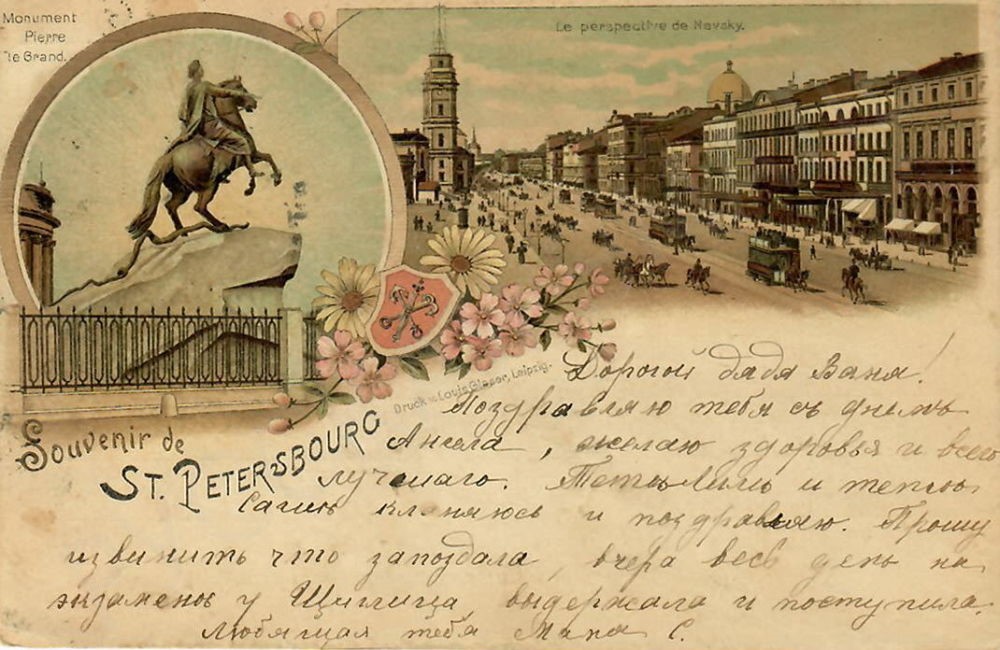 Andwith arrivalofcinema,postcards helped the actors gain enormous popularity: as soon as a face of an actor or an actress appeared on a postcard, they became stars; until that happened, they stayed unnoticed. Then postcards became collector’s item and not just means of communication. Postcards were collected, exchanged, kept and preserved; rare postcards were sought after.

By the way, in Soviet times postcards performed another very important function: they used them in shops to advise prospective customers that it was their turn to buy goods in short supply. Do you remember Nadya Sheveleva, one of the main characters in “The Irony of Fate”, saying about the price of a furniture set, “Eight hundred rubles, and twenty on top”. Obviously, Nadyapaidthosetwentyrubles so that the postcard she was so much looking for, reached her sooner. And that would be another reason for a celebration!

So, happyanniversary, dearPostcard! However, we should do it properly - we should send you a postcard with our best wishes. And although it may look a bit strange, it comes from our hearts!