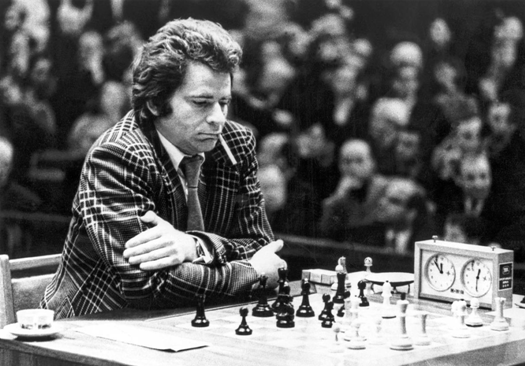 Thefuturechampion’searlychildhoodcoincidedwith the very hard times. Shortly before the siege, Boris and his elder brother Georgy were evacuated from Leningrad and ended up in an orphanage. Both of them learnt to play chess there.

The Spassky family returned to Leningrad in 1946. 9-year-old Boris joined the chess club at the Young Pioneer Palace in Leningrad and started showing a talent for chess almost immediately. His first chess coach – Vladimir Zak – was not only a strong chess player but also an author of chess books and manuals, and a pedagogue. Among his pupils, besides Spassky, there were future chess grandmasters Viktor Kortchnoi, Valery Salov and Gata Kamsky. Spassky used to recall that”those were hungry times, so Vladimir Zak would often give me something to eat before we started going through variants…”Just one year later, Spassky became the youngest Class A player in the USSR. And when he was 18, he was the youngest grandmaster in the world.

But his way to the World Chess Championship Crown turned out to be a much longer one. Spassky first managed to approach it in 1966, when he qualified for a match against Tigran Petrosyan, who was the 9th world champion. However, he failed to achieve the main result on the first try. Petrosyan defended his title in a tough match.

It was three years later that Spassky managed to take the throne. Having gotten through intense qualifying rounds and Championship Tournaments once again, Spassky defeated Petrosyan with a score of 12 ½ to 10 ½ and became the 10th World Chess Champion.

But, alas, Spassky could not stay on top for long, although those were his golden yearsas a chess player. The great Fisher was already on the way up to take his place on top. So, in 1972, Spassky lost his title to the young American geniusin an extremely tense (and a quite scandalous) match in Reykjavik. For the first time since 1945 the title of the top chess player on planet Earth left the USSR. 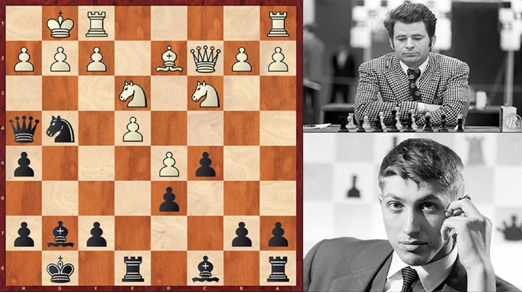 Perhaps, that’s what Spassky was eventually never forgiven for. Though, his relationship with Soviet authorities had already been uneasy before that. «Move to Moscow, leave, the KGB is taking too much interest in you here…”, said one of his coaches back in 1963.

Well, anyway, in the late seventies he emigrated, first ‘implicitly’ and then officially.So, at the Chess Olympiad of 1984, Boris Spassky was playing for France. But he did not achieve any considerable results at the highest level any more.

However, his match with Fisher in 1992 became the most remarkable event. It was when the American suddenly broke his longisolation and returned to chess board. Of course, the match did not have any sport significance, but its social and cultural significance was enormous! First of all, it revived interest in chess in Russia at that difficult time, and besides that it showed that even former irreconcilable opponents could get along really well. So, itwasagreatmatch. Whowon? Itwasnotthatimportant. As regards the score, Fisher won, but in fact we all did.

And, “never say never”. At the beginning of the XXI century, Boris Spassky returned to Russia and did a lot for the popularization of chess. He self-published “Chess Week”, oriented towards, among others, young chess players, wrote and published several books, opened chess clubs and schools in various cities of Russia.

Boris Spassky turned 85 on January 30, 2022. Today he is the oldest chess player who used to be world champion. And we wish him, first of all, the best of health!