What does New Year smell like? Well, it sure smells like a New Year tree, tangerines, winter vacation and Father Frost. For those who are a bit older it smells of Russian salad and meat jelly, as well as of all the rest that usually goes with them.

And for the young sports fans of the Soviet time New Year strongly smelt of the two sweet-scented very important events.

The first one was, of course, an overseas tour of our celebrated ice hockey players. That was when USSR National team or ice hockey clubs went to visit glorified Canadian professionals of NHL.

The second one was a football tournament – “Granatkin Memorial”. It was a kind ofamini World Cup contested by national youth football teams, which took place in the USSR. And between 1983 and 1987 it was held in Leningrad at a mysterious place called “Eskaka”. It was called so by commentators, but I quickly figured out that “Eskaka” meant “SCC” –Sport & Concert Complex named after Lenin.

It was a wonderful event, if only because it was a great pleasure to watch a football game in winter back then. Football was rightly considered a summer sport in the USSR, and National Championship was finished in November at the latest, so after a month and half fans were already missing football. 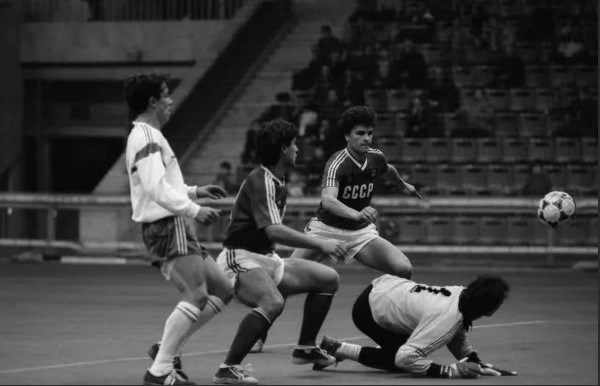 When I’d found out what “Granatkin Memorial” was about, I was waiting for New Year and winter vacation twice as expectantly as I used to. Following the example of the grown-ups, I even stated making pencil marks on a TV guide, so as not to forget to watch the games. It was worth doing it.

It was especially important that youth teams were playing, because I had a dream to become a football player too and go out one day wearing a T-shirt with «СССР»(USSR) on the front. But real football players were actually grown-up men, and for a little boy it was not easy to picture himself beinga grown-up man. While in youth teams players were quite young, some of them were just boys, maybe a bit older than me, and therefore it was much easier to picture myself being one of them. And that meant a better daydreaming!

And several seasons in a row, when I saw at home a TV guide for the first week of January, I opened it with somewhat of a palpitating heart,“Okay, therearematcheswithNHL. Andwhataboutfootball? Let’shavealook – oh, yes: “International tournament. USSR–juniors – Opponent (juniors too). Broadcast from Leningrad, 2nd period…” Super! Now we have all the New Year treats as a package.” 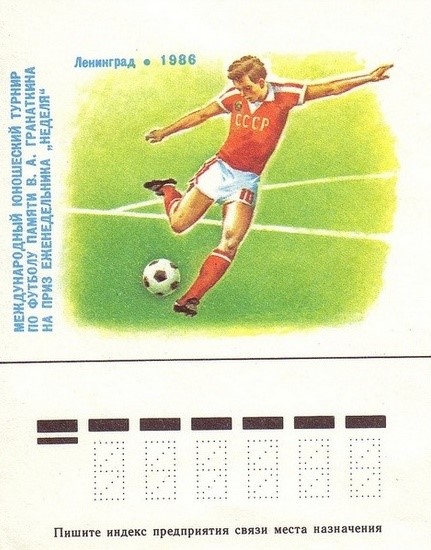 Who is Valentin Granatkin? He is not that well-known as a football player and, by the way, as a field hockey player, but that’s because he was born quite long ago, and was already playing before the WWII. But he had been a FIFA Vice President for almost 25 years, isn’t that great! And it was Joao Havelange himself, the top figure in FIFA at the time, who suggested holding an annual tournament in his memory.

And then…Then you grow up, mature little by little, and understand with some bitterness that, most probably, they are not going to pick you for the National team. And they will not pick you for any team at all. But when another New Year is coming, you are sure to remember, “So, what’s there on TV? Will there be a broadcast from Eskaka? It’s high time we watched some football!”

“Eskaka” was demolished. It felt as if “a piece of football of our childhood” was taken out of my heart. On the other hand, they have pulled down a legendary “Olympiyskiy” stadiumin Moscow, so what…

Well, at least they still do “Granatkin Memorial”. In a different format and at a different time, but still,it’s there! And now it is held in St.Petersburg.

And here is the USSR National team, the winner of the 1987 Tournament. Haveyourecognizedanybody? Thereareinterestingsportsmenthere! 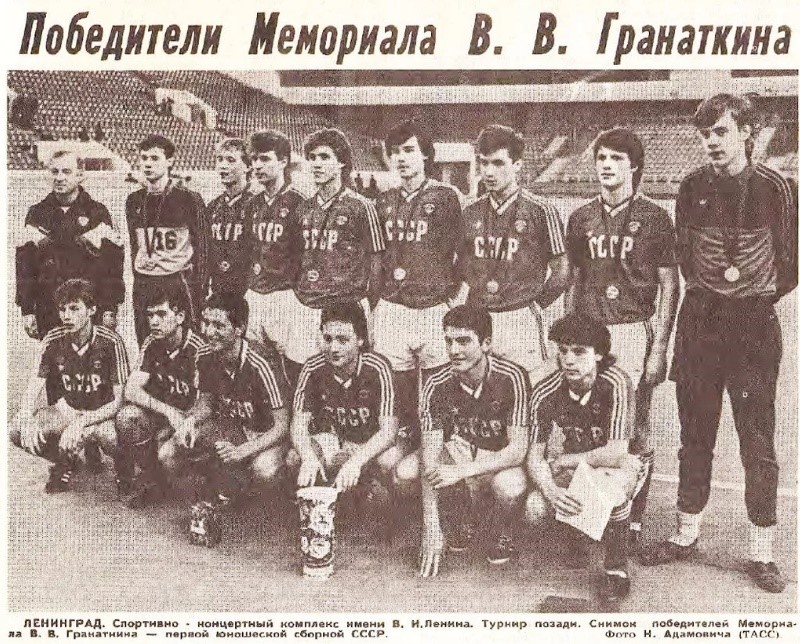