“RadioAfrica” album, which came out in 1983, is rightfully considered one of the best works in the “Aquarium’s” canon. Actually, it was with “Radio Africa” that “Aquarium” started for many fans. A lot of fans came to know the bandat the beginning of Perestroika, afterthe albumhad been released by “Melodiya” record company.Though only a few of the “advanced” fans of Boris Grebenshchikov know in what extraordinary circumstances those songs came into being.

Or rather, it is more accurate to say that they were recorded on tape, which is also important. And here is what happened. 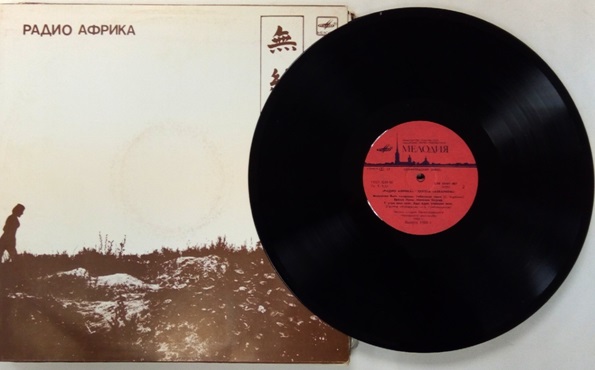 In summer, 1983 there arrived in Leningrad the MCI Mobile Studio, which was a real miracle of the sound recording technology at the time. By the way, it cost 250 000 US Dollars - an extraordinary amount of money back then. And certainly, they did not buy it to record some amateur and, in fact, almost underground bands, because that was the time whenSoviet rock musicians who were not officially recognized weresubject to constant harassment.

Andstill, it happened. Sound engineer Andrei Tropillo, who created many of the best cassette tape albums of the Leningrad Rock Club bands, not only showed his remarkable “sound” skills, but also acted as an outstanding organizer then. In fact, having entered into “a criminal conspiracy” with a sound engineer of the Mobile Studio Victor Glazkov, he managed to find the time to record the musicians of “Aquarium”. And – the studio was humming with work.

It was humming indeed: the time was very limited, and to record each song by Grebenshchikov and Kuryokhin they first had to look for musicians and musical instruments all over Leningrad and its surroundings.

But it was worth it: “Radio Africa” became a real benefit for Sergei Kuryokhin, it was a peak of his artistic duo with Boris Grebenshchikov. Though, other participants did their best too, and it was after the recording that the bassist Alexander Titov was formallyinvited to join “Aquarium”, where he then played for more than ten years.

Not everything went smoothly, of course. The musiciansadmitted that their signature song «Рок-н-роллмертв» (Rock-n-Roll Is Dead) recorded in the studio was not as powerful as it usually was in live performances of the band.But, astheysaid, best was the enemy of good. It was a great song anyway.

And now, the most important thing. When they were recording “Radio Africa”, the Mobile Studio was mostly parked within a hundred metres of Nevsky Prospect, in MikhailovskayaStreet, which was Brodsky Street back then, and right in front of the “Evropeiskaya” hotel, where foreign guests to Leningrad traditionally stayed. And the latter means that there were lots of plainclothes men around as they were supposed to guarantee that hotel guests received un undivided attention. Sure, the plainclothes men had other tasks than watching amateur musicians, but still they added to the overall picture.

It can happen that a band cannot quickly find its listeners, but that was not the case. “Radio Africa” was recognized as an excellent work of “Aquarium” right after the recording had been presented at the Rock Club. And, recorded on open-reel tapes and audio-cassettes, it immediately spread all over the Soviet Union.

Then Perestroika started. And “Radio Africa” became one of the three vinyl records of “Aquarium” released by the state record company “Melodiya”.And still, onecurious thing did happen: two pieces that had been on the original list were missingfrom vinyl. Though it was partly understandable: when being recorded, the musicians were not thinking about the time, and thus it so happened that they recorded 49 minutes of music. And an LP could only hold a bit more than 40 minutes of music then. So, we have to thank “Melodiya” at least for that. 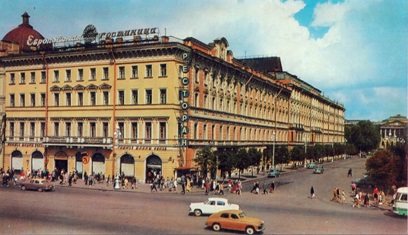 All the more so, because Victor Glazkov’s substantial contribution to the creation of the chef-d’oeuvre was duly noted, and both A.Tropillo and V.Glazkov were listed as sound engineers on the back of the record sleeve.

So, that’s the story. The place all the fans of “Aquarium” and Russian rock in general should have a look at: Mikhailovskaya Street, just off Nevsky Prospect, 3-minute walk from Catherine Art Hotel. That’s the place where “Aquarium” had their album “Radio Africa” recorded!